It was Wednesday, October 13 2010 when I was driving to work, I came up to  a stop sign and a dear friend of mine was coming the other way and did not have a stop sign.  As he went by me he waved, needless to say I didn’t even notice him.  I pulled into a parking spot across the street from my office.  He had pulled in to the post office just down from me but noticed that I had not gotten out of my car.  He came up to the door of my car and asked if I was okay.  I said yes… I was just not feeling well.  He said you don’t look so good, I responded that I’d be fine in just a minute (I don’t remember much of this). He finally said I think I need to call the ambulance, I told him NO everyone in town would know if an ambulance showed up.  I asked if he could drive me home, I just needed to lay down. He said no he was taking me to his house because it was closer to the city where the hospitals are.  We got to his house I laid down on the floor for just a moment  then jumped up and said I feel fine.  I remember nothing after that until I was in the emergency room at the hospital where my dad worked at.

Everyone just keeped passing it off as STRESS, my EKG came back perfect!  I had been having the same symptoms for over two years.  I was in great physical health.  I worked out daily and ran 5Ks all the time so it had to be stress is what the doctors would say.  Greg finally told my dad that he needed someone to hear him out that his mother had died in 2005 with having all the same symptoms I was having.  They finally decided to do a dye and stress test and found that  LAD artery which is known as the widowmaker was 99% blocked.  This was after being on the treadmill for less than 3 minutes and having to have nitroglycerin under my tongue twice, I was to have a stent put in the next day. So on Thursday, they came and took me into the Cath Lab to put my stent in.  The stent was not going to work. The stent would’ve had to be put in the intersection of my arteries and that it would not have held.  So the next process would be open heart surgery first thing Friday morning.   I had my surgery and it took  6 hours.  I had a super fabulous surgeon but  it was a very long recovery.  I was in the hospital for 7 days and then had several months of cardio rehab.

Since that time I have not been exercising like I did in the past and I have gained a lot of weight.  My goal is to get back into shape.  I still love to workout, but every time I feel overexerted while exercising I get scared to continue.  I really need to work on this fear.  With that being said I am now trying to workout everyday for at least 30 minutes. 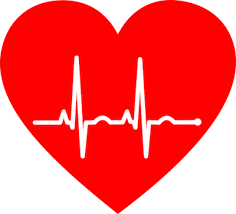 Heart Disease is the leading cause of death in women.  Here are some of the symptoms of heart disease…Nausea, Fatigue, Dizziness, Heavy Chest Pain, Shoulder Pain, Arm Pain, Anxiety.  If you are not feeling right then make sure your doctor’s knows what all of your symptoms are.  I was lucky enough that my mini heart attacks over the two years prior to surgery did not damage my heart.

Check out this website…  Go Red for Women it has a lot of helpful information!!

And so it begins…1st day of my journey

I woke up this morning ready to start my journey,  looked out the window to...

A New Year…A New Me!

Hello My Friends! It's been to long since my last post... Life has been crazy...

Starting Over on the Weight Loss Journey…

Leave a reply Click here to cancel the reply

Simple centerpieces for an event that I have hoste

Gate Boss was not fun today… one gate popped bac

Warming up next to the fire. This is her favorite

New Beginnings have Begun! Thanks to a fabulous m

Not sure the calf knows or not but your suppose to

What a fabulous 4th of July 🇺🇸 Greg and I w

Welcome...I am Tammy of Sassy N SIlver! I live on an Angus Ranch in the Midwest. As you follow me, you will see all the things and places that I love and how I live. I am on my way to to Healthy, Fit and Fabulous!
In reality it's just a Simple Life with Some Silver. Come join me on my journey….who knows where we might end up!

Your shopping bag is empty.
Go to the shop